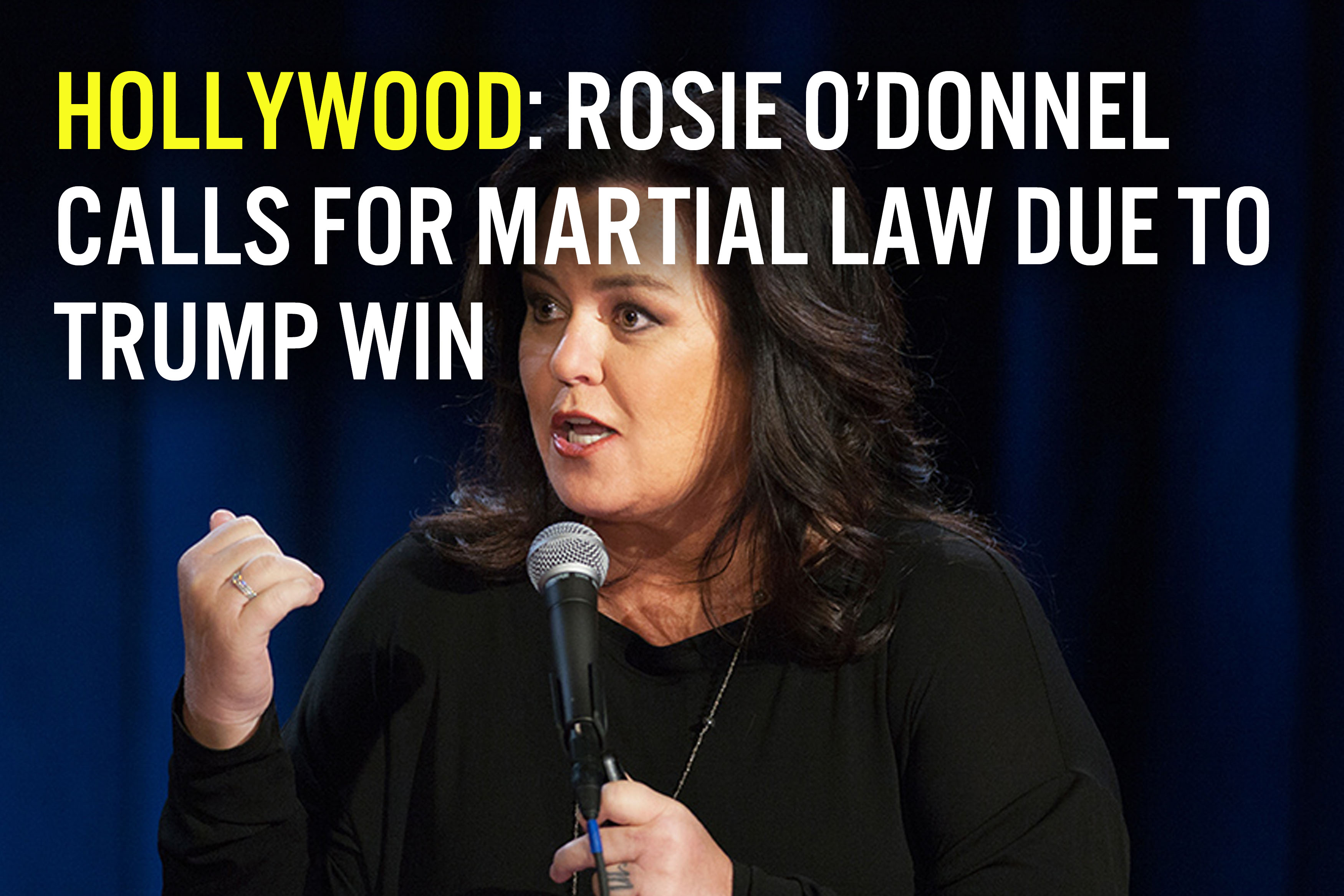 After kicking off the New Year by warning that there were only three weeks remaining to stop President-elect Donald Trump from taking office, Rosie O’Donnell has proposed a tactic to do just that — by imposing martial law to delay Trump’s inauguration.

I FULLY SUPPORT IMPOSING MARTIAL LAW – DELAYING THE INAUGURATION – UNTIL TRUMP IS “CLEARED” OF ALL CHARGES https://t.co/fUn8FZ8RTj

The 54-year-old comedian took to Twitter Wednesday night to call for the suspension of regular presidential succession rules until such time as Trump could be “cleared” of all the “charges” against him. O’Donnell didn’t specify to which charges she was referring.