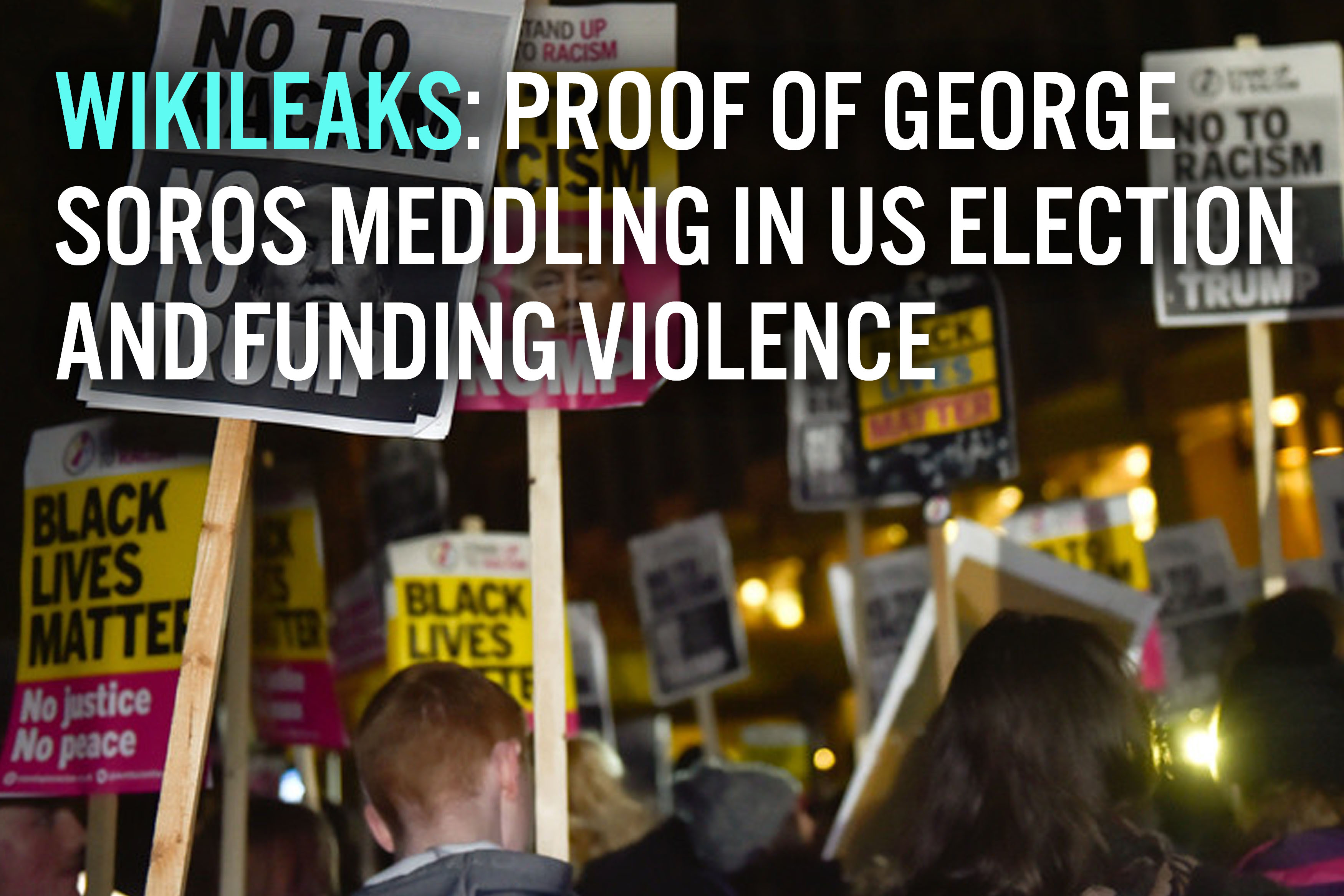 The latest dump from Wikileaks shows proof of George Soros’ Meddling in the U.S. Election and Funding Violence through organizations such as Move On. George Soros had much to Gain in a Hillary Clinton win, and has been known for destabilizing governments and markets around the world for profit.

As most of us already knew of the Soros funded Move On protest campaign, the latest Wikileaks reveal puts yet another nail in the coffin.

No doubt that George Soros will have much more prepared for the upcoming inauguration of Donald Trump. Many protests meant to disrupt the inauguration have already been announced.